To celebrate, I’m delighted to have the assistance of Rachel of Rachel’s Random Resources, who produced this beautiful banner:

and arranged for some special posts during the day.

I plan to update this post to include the links. Watch this space…

Here’s the Amazon link: Style and the Solitary.

To all my Facebook friends with a birthday in August (17 by my count!), I wish you a wonderful day of sweet and simple pleasure.

In my youth, my August birthday was a blessing and a curse.

I enjoyed the fact that I was always on holiday from school on this special day. I was free to spend the day enjoying myself, even if there weren’t many special things to do.

But that also meant that everyone else was on holiday and not around to celebrate with me. I was often away, too, on that day.

And, with a birthday at the end of August, I was always the youngest in the class – a fact that held great significance when we were young and was not advantageous.

Now, it’s all good. Summer, freedom, almost always sunshine. And the fact that I’m the youngest of all my old school friends doesn’t bother me one bit!

From this year, I’ll be sharing August with my baby: Social Anxiety Revealed, published on August 22, just three days before my birthday. 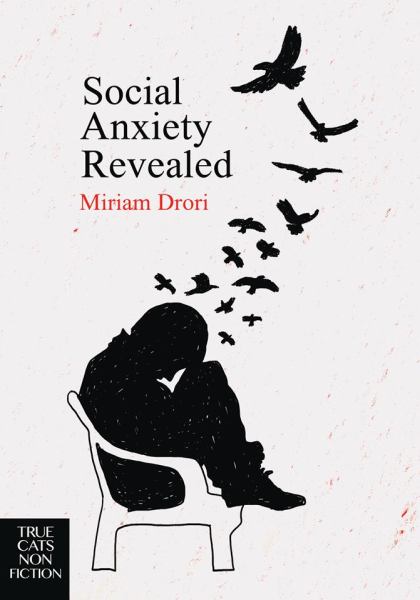 So my second is odd and half my first (no prizes for working that one out) and Ailsa Abraham created this delightful banner for me. This is how it came about:

Eleven days ago, Ailsa held an online Crone Party (as you do when it’s the day before your birthday). I didn’t know quite what to expect from it, but I came prepared…

… and thoroughly enjoyed myself.

Not only that, but I won a prize for the best costume (what costume?) from the Crone Queen herself: one of her books or artwork for my blog. As I’d read both of Ailsa’s excellent novels, I plumped for the artwork and got the banner at the top of this post. Isn’t it brilliant?

It never ceases to amaze me that I know so many people with birthdays in August. Growing up, I was always the only one in my class and consequently (because of the cut-off date in the UK) the youngest. This post is meant to be all happy, so I’ll move on now.

I was born into a different world. Rationing in the UK hadn’t quite gone, although I don’t remember it. TVs were in black and white, which I do remember.

What hasn’t changed? Queen Elizabeth II is still on the throne. The pound sterling is still in use (although shillings and pence are long gone).

And Israel, despite most forecasts, still exists.

Author of the Day

Ailsa Abraham is one of a kind. There’s so much I could say about her, I wouldn’t know where to start. You’re better off hopping over to The Bingergread Cottage to find out more. What I can say is that Alchemy and Shaman’s Drum are well worth reading.

I’m not here. That is… I’m somewhere, but I’m not around as I should be to announce my guest post on Jane Bwye’s blog. Jane, who has lived for most of her life in Kenya, is the author of Breath of Africa, a novel dedicated to the youth of Kenya.

My guest post is about Toastmasters, which I joined recently. You can find it here. If it’s not there yet, it soon will be. And it’s partly to celebrate my birthday, which was yesterday.

No, I’m not giving away any secrets. Sally has announced this herself. In fact she’s giving away over fifty writing/book-related prizes to celebrate, so do hop over to Sally’s blog if you want a chance of winning something.

Having met Sally on my recent trip, I have to say that she doesn’t look anywhere near fifty, but I’ll take her word for it!

Coincidentally, I have a special birthday coming up in exactly two weeks. Sixty! I can’t believe it myself.

Back soon with the Social Sandwich 🙂

Of my online friends, there are a few who have birthdays in August. Growing up, I was, most of the time, the only one in my class whose birthday fell in August.

I was never sure whether I liked being born in August. I was pleased that I could celebrate in the summer, and that I didn’t have to attend school on that special day. But it also meant that my birthday wasn’t celebrated at school and I hardly ever had a party because other children were on holiday and, usually, so were we.

I once had a birthday party at a summer school. Children came and enjoyed the cake, but they soon ran off to watch the afternoon film when I wanted them to stay and play games.

Being born at the end of August meant that I was always the youngest in my class. I know that fact wouldn’t necessarily affect anyone adversely, but in my case being young and immature didn’t help my status in class society.

Now, I’m too old and not old enough to have a fuss made of my birthday, but I thought I’d tell you anyway.

She finds him sitting at his desk staring at an empty page, pen poised. “Do you know that forty-eight is 110000 in binary, 60 in octal, 40 in duodecimal and 30 in hexadecimal?”

He keeps his eyes fixed on the empty page. “No. Well, I would if I worked it out but I have other things on my mind just now.”

“Do you know that forth-eight in Roman numerals is XLVIII?”

“Do you know that forth-eight in Hebrew numbering is מ”ח, which is also the root of the word that means protest?”

He turns his head towards her, blackness creeping over his face. “Yes. Now if you don’t mind…”

“Do you know that forty-eight is half of ninety-six?”

“Yes.” Anger is creeping into his voice.

“Do you know that forty-eight is a third of a gross and four dozen?”

“Yes.” The anger is more noticeable.

“Do you know that forty-eight is a highly composite number, a semiperfect number, the second 17-gonal number, the smallest number with exactly 10 divisors, a Stormer number and a Harshad number?”

“Yes. Well – no. I don’t even know what those things mean, but really I’m trying…”

“Do you know that forty-eight is the atomic number of cadmium?”

“Do you know that Siddhartha Gautama sat under a bodhi tree for forty-eight days attempting to understand the nature of reality and the universe, and ended up with Buddhism?”

“Do you know that Johann Sebastian Bach’s Well-Tempered Clavier is informally known as The Forty-Eight because it consists of a prelude and a fugue in each major and minor key, for a total of forty-eight pieces?”

He throws down his pen with an action that causes its components to separate. “Yes, I had heard of that, but why…”

“Do you know that forty-eight is the code for international direct dial phone calls to Poland?”

He breathes out slowly to calm himself. It doesn’t work. “No.” Ink is seeping onto the empty page.

“Do you know that ’48 is an alternate history novel by James Herbert?”

Surprisingly, he discovers his anger is seeping away. He is becoming resigned to this interruption. “How do you know all this?”

“Most of it’s in Wikipedia.”

“And why this fascination with the number forty-eight?”

2day is this blog’s 2nd birthday and I’m wearing a 2–2 for the occasion.

Sorry there’s no party 2day, but don’t forget to come back for my April showers, starting on April Fool’s Day.

Tuesday is my blog’s first birthday.

Do come back here on Tuesday to help me celebrate it.

You’ll be able to read about something special. Something not connected to SA, or writing….

And there’ll  be a competition! With a prize. Three prizes, in fact.