Carly entered the house with some trepidation, finding herself in the entrance hall. Century-old furnishings greeted her. Carly took out her pencil and notebook to record everything. “Corner shelf for telephone, neatly recorded numbers in phone book beside. Colossal, printed phone book on shelf below. Cupboard – dark wood. Carpet fraying on stairs. Cold, cruelly so. Central heating apparently not installed (no radiator). Ceiling paintwork cracking, wallpaper peeling.”

Curious accounts had reached her from the neighbours. Common factors between them were few. Contrasts abounded in all but one word. Crackling was a sound all the interviewees reported hearing.

Closing the notebook, Carly stopped still and listened. Crackling – yes, she heard it, too. Concentrating on the source of the sound, she edged towards a closed door and put her ear to the edge of the door. “Coming from here,” she breathed. Clasping the large round knob with one hand, she turned it, one degree at a time. “Careful.” Coming to the end of the knob’s cycle, Carly gave the door a gentle push and entered the room, her senses on high alert.

Chairs, sofa, sideboard, table all from a previous era. Carvings decorating them – elaborate.

“Check for humans.” Calmness and confidence returned once Carly had determined no beings, alive or dead, were present in the room. Crackling nevertheless came to her ears and drew her eyes to the fire place. Coal, black and ball-shaped with red tips, filled the grate, while yellow flames danced around. Could the old man really be somewhere in this house?

Carly returned to the staircase, determined to solve the mystery. Creeping upstairs so as not to disturb anyone, she took an age to reach the upper floor. Creaking of the floor boards was unavoidable, though, and Carly looked up expecting to see an angry old man glaring at her from above.

Crash went the glass vase as it fell from the window sill at the bend of the staircase. Cursing her clumsiness, Carly looked up again. Change in the view came there none. Curious.

Closest to the top of the stairs, a door stood ajar, almost beckoning her in. Carly poked her head round to spy a man on the bed, eyes closed, face wrinkled, hair white. Completely still and probably the source of the unpleasant smell wafting to her, the man repelled her, but she knew what she had to do. Coming close to the bed, she held the hand and felt for a pulse. “Can’t,” she whispered, “but the fire…”

Charging for the door, Carly ran down the stairs, barely avoiding bits of broken glass, and threw open the door of the room she’d been in just before. Confusion reigned. Chairs, sofa, sideboard, table all the same as before, but…. Could she have imagined the fire? Crackling no longer assailed her. Coal no longer burned in the grate, nor did any smell of burning reach her.

Crazy, was she? Could there be any other explanation?

Clarity cleared the fog in one sense only as Carly made a decision. Comprehensive though her report would be, a roaring fire would not feature in it. 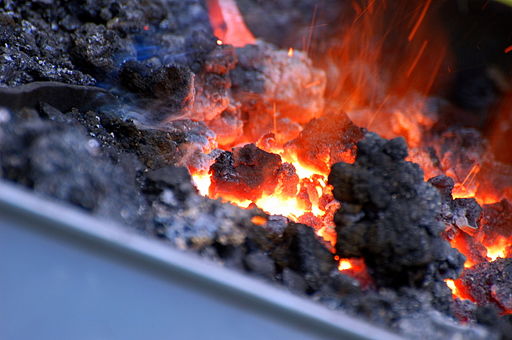 6 replies on “C Story for the #atozchallenge”

Clever use of words. Couldn’t have done better myself. Challenging myself with words too. Curious at how X and Z will work, although there are quite a few very obscure ones.

Thank you! The task you’ve set yourself is even harder than mine. We all have to be a bit inventive when it comes to X. Z wasn’t too hard, though.

Brilliant! I’m so enjoying your choice of words and of course, your stories. Another gem.

‘The Choir’, a short story with 2 neglected words

I love the way you have started each sentence with the day’s letter. It must have been very hard to do!
Debbie

Thanks. It took time, but it wasn’t too bad.