I haven’t quite “landed” following the twelve-and-a-half-hour flight back from Hong Kong and I have a visitor. He’s a boy called Luke. He sounds quite sensible really. And brave.

Sorry about the incident at school. I was stupid and have no real excuse. Sometimes I do things without thinking.

I know I’ve been a bit strange and distant recently, but I find it hard to tell you exactly what’s going on. In fact, there are some things you just would not believe – I hardly believe them myself.

You wanted me to be friends with Guy didn’t you? At first I kept thinking, why him? He’s so… weird. I know he has ‘special needs’ or whatever they’re called, but everyone else at school laughs at him. He gets bullied, but I promised to look out for him. And I did. I am.

I was right about him being weird. He is. He has this incredible ability to attract animals – wild animals that he handles without them hurting him or being scared. Birds, mammals, reptiles, insects, you name it. He seems to have special powers, like some kind of ‘Nature Boy’.

So we’ve become friends, which is kind of good because it’s what you wanted me to do. But it’s bad too, because now my mates at school think I’m a weirdo as well. They make stupid comments about us being ‘gayboys’. Just jealous I suppose.

Guy has shown me awesome things I never knew existed. He talks about the ancient magic of the natural world. When he talks like this he sounds like an old man, or some kind of wise guru. I told you he was weird. He uses words like ‘Gaia’ and ‘numen’, which I don’t fully understand.

He seems a bit obsessed with environmental issues. I think he’s one of those hippy tree-hugger types. He keeps going on about how we’re killing planet Earth with stuff like pollution, deforestation and over-fishing the oceans. If the planet’s dying then it needs some large-scale changes – and quickly.

The other day Guy said he wanted me to help him look for his mother. I know he lives with foster parents, so it’s normal to want to find your biological parents, but aren’t there agencies that can help you trace family? He said his mum is dying but he doesn’t know where she is. I wasn’t sure how to help him, but maybe you could have a chat with his foster parents.

I just wanted you to know that I’m fine. I really am sorry about the trouble I’ve caused, and that I’m not always the easiest person to be with. But being with Guy has taught me a great deal. I wish I could tell you about the really amazing stuff… about the magpie that was tapping on my window… about being in the middle of a storm… and what really happened to Frisky…

When the time comes, I promise to tell you everything. At the moment I just need you to trust me that I’m fine and that I mean it when I say I’m sorry for all the hassle I’ve caused you.

Thanks for being there. 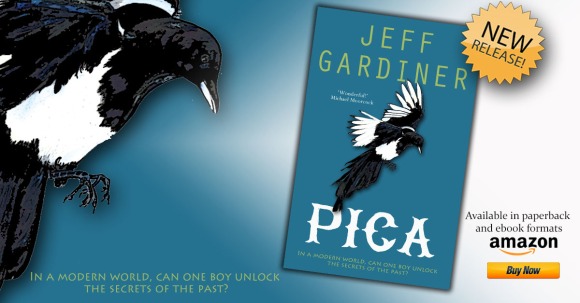 About PICA by Jeff Gardiner 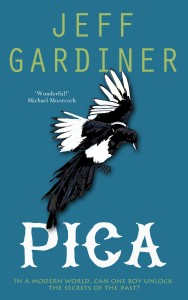 Luke hates nature, preferring the excitement of computer games to dull walks in the countryside, but his view of the world around him drastically begins to change when enigmatic loner, Guy, for whom Luke is reluctantly made to feel responsible, shows him some of the secrets that the very planet itself appears to be hiding from modern society.

Set in a very recognisable world of school and the realities of family-life, Luke tumbles into a fascinating world of magic and fantasy where transformations and shifting identities become an escape from the world. Luke gets caught up in an inescapable path that affects his very existence, as the view of the world around him drastically begins to change. 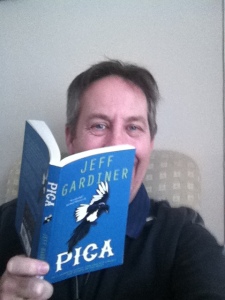 Where to find Jeff and Pica

4 replies on “Letters from Elsewhere: Luke”

Reblogged this on Jeff Gardiner's Blog.

Hi Miriam
Thanks for posting Luke’s letter on your blog. Much appreciated.
Regards
Jeff

He’s very welcome, Jeff. So are you.