I’m delighted to be joined by Emma Rose Millar, who has come to tell us about her novel, Five Guns Blazing, published by Crooked Cat Publishing and on sale this week.

We stood out on deck, overlooking the river while the captain, the gaoler and witnesses signed the transportation bonds, my mother chained by the neck and ankles to five of the most miserable creatures I had ever seen. Also in her gang were: Ezra Corey – theft of a cupful of raisins – seven years; Martha Eales – theft of a pair of stockings – seven years; Ellen Nutt – theft of a handkerchief and gold ring – fourteen years; Johnathan Ward – theft of two flaxen sheets – seven years; and Sarah Wells – theft of a silver watch – fourteen years. We were taken down to one of the lower decks which was dark and airless. I stumbled and clung to the walls to find my way, sliding my feet along the planks. I heard my mother cry out as one of the other convicts bumped against her, with the galling of her chains. Then a single lamp was lit beside the door and through the gloom I saw a floating dungeon of only about fifteen feet long, with a ceiling so low that most of the men could not stand, but yet more people kept coming in, convicts chained together in gangs of six, until there must have been at least eighty of us crammed into the hold.

I had thought that the first night must surely be the worst, when the lamp was extinguished and the rats came scurrying amongst us in the pitch black where we lay, when the darkness was pierced by the shrieking of women against the vile assaults taking place below deck. Then there was the bestial grunting of men as they stifled their screams, the filling of the necessary pots whose stench became sickening and foul. But as we sailed through Dartford and Gravesend then finally through the mouth of the river, along the coastline to Portsmouth and into the wide, open sea, the waves grew high and tempestuous and the wind began to howl. There were rolls of thunder, forks of lightning way out on the horizon which lit up the hold through holes in the rotten timber.

Redemption was tossed around like a matchbox on the crashing Atlantic waves as the storm lashed against the ship, lifting its bow from the raging ocean while the captain fought to bring her under control. We slid from one end of the hold to the other. My mother’s skin where her collar chafed against her neck became bright and horrible in shades of purple and crimson and black as it peeled back and rubbed away, but while others screamed now at every movement of the ship, my mother stared icily into the gloom, as if she was no longer there at all. It was only then, as I imagined land fading into the distance, and the vast expanse of sea that it hit me: my old life was gone forever.

But what of the real men, women and children who were sent to the colonies during the eighteenth century? Most surviving accounts of transported convicts focus on notorious criminals or scandalous circumstances.  The overwhelming majority, ordinary men and women, convicted of petty offences, have been forgotten.  After being handed down their sentences they promptly disappeared from the history books. However, a few of these records still survive. 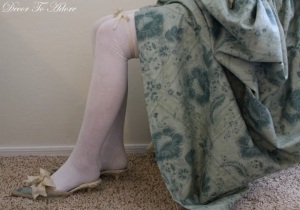 On December 1st, 1722, Margaret Hayes went into a shop and began to barter with the owner, Elizabeth Reynolds over the price of a pair of stockings.  In the middle of their discussion, she grabbed the stockings, which were on display and ran out into the street.  Alerted by Elizabeth’s cries, Margaret was pursued by a number of people and dropped the stockings to the ground just before she was apprehended.  At the trial she denied ever having gone into the shop but was found guilty of theft.  As the goods were priced at the princely sum of two shillings, Margaret faced a penalty of death by hanging.  Often in these cases the jury would take pity on the felon and devalue the stolen goods.  Mercifully, this was exactly what happened to Margaret; the jury devalued the stockings to ten pence and she was transported to the American colonies for a period of seven years.

The only reason we know anything about Margaret is that she was one of the passengers on board the Jonathan, which sailed from London on February 19th, 1723.  The Jonathan was a former slave ship and was bought by Jonathan Forward for his fleet.  The difference with this vessel was that records were kept of all the convicts on board.  From the ship’s records we know that Margaret was thirty years old, she was a widow with a dark

complexion.  When I was writing Five Guns Blazing, this unknown woman caught my interest.  I wondered how desperate a person must have been to have risked going to the noose all for a pair of stockings.  I wondered whether Margaret had children, and if so, what happened to them, how she would have felt being torn from those children and having to leave them behind.  I tried to build a character around one of these unfortunate, petty criminals and through her, show the plight of women transported to the colonies during the eighteenth century.

Conditions on board the ships were horrendous; many of the convicts died during the voyages of cholera and typhoid.  Those that survived were severely weakened by scurvy, dysentery and fever.  Convicts went on board shackled and in chains.  A hatch was opened and they went below deck, where they would spend the rest of the voyage.  Usually the chains were removed in the prison deck but sometimes not.  They were allowed on deck at intervals for fresh air and exercise.

If they survived the voyage, convicts were sold to plantation owners and worked alongside indentured servants and African slaves.  The status of convicts varied depending on the plantation; some were treated in line with indentured servants while others were subjected to the same forms of degradation as slaves, the big difference being that the convicts were only sold for the terms of their criminal sentences.

Nobody knows what happened to Margaret, or whether she made it as far as America.  Most of the convicts at that time were illiterate so there are very few surviving journals.  The Jonathan caught fire after it landed in Maryland and never made it back to England.

“Never had she imagined she would be brought so low, and all for the love of a very bad man.”

Convict’s daughter, Laetitia Beedham, is set on an epic journey from the back streets of London, through transportation to Barbados and gruelling plantation life, into the clutches of notorious pirates John ‘Calico Jack’ Rackham, Mary Read and the treacherous Anne Bonny.

In a world of villainy and deceit, where black men are kept in chains and a woman will sell her daughter for a few gold coins, Laetitia can find no one in whom to place her trust.

As the King’s men close in on the pirates and the noose begins to tighten around their necks, who will win her loyalty and her heart?

3 replies on “MARGARET HAYES: THEFT OF A PAIR OF STOCKINGS: SEVEN YEARS”

Thank you for hosting me, Miriam.