I could have looked up the word, of course. Not online, because online didn’t exist then, but in a dictionary. Looking it up now, I see there are two meanings. One is the meaning I knew: severe chest pain arising from inadequate blood supply to the heart. The other meaning is: a sore throat. So I was right and so were they. 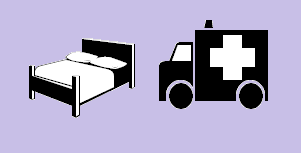 It is said – and, I think, probably true – that too many children these days are being diagnosed with ADHD and given drugs to counteract it. Catdownunder wrote about this the other day. Apart from stopping healthily active children from learning  to cope with what they are, it seems to me that, in the eyes of the public, it lessens the seriousness of ADHD in children who have it badly and probably takes resources away from those who really need them.

Let’s turn to social anxiety and what Rachael wrote in a comment here a week or so ago:

I was at a party recently and when a girl (of about 20) was asked to get up and speak, she commented ‘this is terrible for my social anxiety’ and was pleased to explain when someone asked her about it… However, her explanation sounded more like she was mildly embarrassed by being asked to stand and talk in front of a crowd than real social anxiety. Of course I don’t know what’s happening inside her head and should not make any assumptions but it got me thinking and I have noticed that among some of the younger generation it does seem to have become a bit ‘fashionable’ to say they have social anxiety. I’d love to know your thoughts on this.

My first thought was that this is wrong. That if every other person claims to have social anxiety, this will detract from the attention that needs to be given to those who really have it. In other words, I was comparing it to the ADHD issue I mentioned above.

My second thought was that these social anxiety claimers are probably right. Most people have some form of anxiety in certain social situations. Not all social anxiety is chronic and disabling. When it is, it’s called social anxiety disorder.

So maybe it’s more like the angina definition. Maybe social anxiety means more than one thing. Maybe when I refer to what I mean by it, I should say social anxiety disorder. But that’s a bit long and its acronym makes me sound pathetic.

If I had the chance, would I try to stop people from using the term social anxiety to describe a mild fear of talking to an audience? I think I would. But I can’t, just as I can’t prevent readers of a book like The Mill River Recluse from getting a rather warped impression of social anxiety. 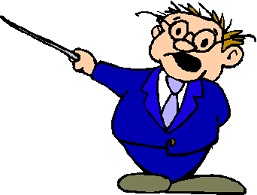 All I can do is to explain my version of social anxiety and how it affects people like me who neither have a mild fear of presenting but are fine in most other social situations, nor are recluses.

8 replies on “Let’s all have social anxiety”

By explaining the version as you refer to it, that would be very helpful in ensuring people understand the seriousness that comes with the use of those words.

Certainly. But the people who make light of it are never likely to hear my explanation. OK, they will… one day… when I’m famous.

I can remember being asked to talk to a very famous author before he got up to speak, “Just talk to him Cat – talk about anything at all – just try and distract him.”
The poor man was, quite literally, shaking violently. So I sat there and talked to him and asked him about something else I knew he was interested in. He managed to get up and speak to several hundred people and he did a good job.
He thanked me afterwards but he didn’t need to – I don’t like speaking in public either. But I am sure nobody but the author and perhaps the person who asked me and I had any idea how hard it was for him. It’s not just “have some confidence” or “get over it”!

Well done for calming him down. I love speaking in public. Go figure….

A thoughtful response, Miriam. I must admit I almost asked ‘so you have social anxiety, really?’ with a raised eyebrow but then thought better of it. Like you say, it might mean something different to her. Perhaps it’s like the word ‘depression,’ which is also often used to mean ‘a bit sad,’ speaking of which, the acronym for social anxiety disorder is the same as seasonal affected disorder, which is what I always think of first when I see SAD…. Anyway, I’m sure when you publish your memoirs and everyone reads your story we will all have a much better understanding!

Before that I’ll need to rewrite the memoir and then find a publisher. But that’ll be a piece of cake, of course!

It will happen, I’m sure of it!

Wow! We really did come to the same conclusion! Great to hear your take on it.