It’s time to admit it. I broke three rules. Yes, three rules of writing, possibly more. And all in one book: Cultivating a Fuji, out tomorrow. Here are the rules:

BUT rules can be broken, as long as the writer understands the rules and breaks them knowingly. What do I mean?

In this story, it was important to me for readers to understand these characters. I didn’t want readers to view them simply as villains who mistreat Martin. They are all people with lives of their own. Like most of us, their minds are mostly occupied by their own problems. When they encounter Martin, we need to remember that they don’t have the emotional space to handle such an alien character. And sometimes, something in a minor character’s life causes them to act in a positive way.

Fortunately, the first two reviewers liked the fact that minor characters are developed.

Always begin with something exciting that draws the reader in

This simply didn’t work. When I tried rearranging scenes to accomplish this, I found myself breaking a different rule: The main character’s point of view should come first. I think the story begins in an interesting way, but it’s not exciting because it’s reflective. Martin begins by looking back on his life.

This is an important rule. When a writer doesn’t understand this rule, changes in point of view can be frustrating for a reader. But if done properly, it can work well. Virginia Woolf accomplished this in To the Lighthouse. In Cultivating a Fuji, there is one chapter in which two people meet, and it’s important to know what each of them is thinking. I think I got it right.

There. I’ve admitted to my misdemeanours. I hope you agree they were in a good cause! 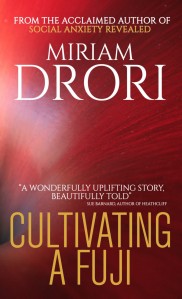 CULTIVATING A FUJI is released tomorrow, Wednesday, 15th May, but there’s no need to wait. This is what you can do now: