I read a book that hasn’t been released yet. Barnabas Tew and the Case of the Nine Worlds. 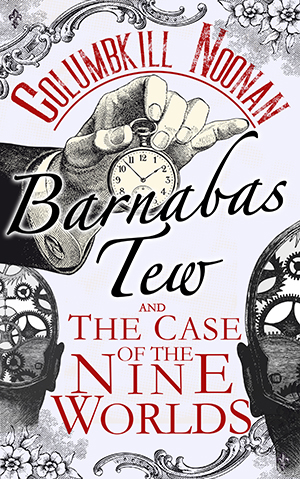 It’s not rare for that to happen. Authors or publishers often give away a few review copies. But more about that later.

I enjoyed the book and wrote a review, which I put first on Goodreads. This is it:

“I received a copy of this book in return for an honest review. This makes no difference to my rating/review of it.

What if…? That’s a question all fiction authors ask many times in the course of writing a story. It can lead to: What if character A met character B? Or: What if X happened to Character A? The premise of this novel is much more unusual: What if two bumbling Victorian detectives found themselves having to solve a mystery in the world (or worlds) of Norse mythology?

Of course, if I’d read the first book in this series, Barnabas Tew and the Case of the Missing Scarab, I wouldn’t have been so surprised by the notion. But I’m sure I’d have found the story just as fascinating and the humour just as appealing. The writing is excellent; descriptions, dialogue and plot are, too. And I was happy to learn something of a world I’ve never examined.

Occasionally, the language seemed unfitting for a Victorian English gentleman, and that would tend to make me award the novel 4.5 stars. For example, Barnabas calls women Ms rather than Miss or Mrs; temperatures are in Centigrade rather than Farenheit; and he uses that annoying (to me) US expression, “off of.” But mostly, I was happy with the choice of words; I don’t expect the dialogue in a modern book to sound exactly as it would in times gone by, and there are enough hints in the novel of the period the detectives came from.

What next? I do hope Barnabas and his assistant, Wilfred, get to India at some stage of their journey.”

And then, as I have often done in the past, I copied my review to Amazon US and Amazon UK… or at least I tried to.

Amazon US informed me that I can’t leave a review for a book that hasn’t been released yet.

Amazon UK informed me that I haven’t bought enough on the site to be able to leave a review. On further investigation, I discovered that I’m supposed to have spent at least £40 in the last twelve months.

Both of these rulings are new and they don’t make sense to me.

If Amazon continue to have a pre-order feature, then they should allow pre-release reviews. Otherwise, how can potential readers determine whether they want to pre-order?

And I wanted to make my review visible to UK customers, who would pay to buy the book, if they could see read reviews. In other words, I don’t think Amazon should only allow reviews from those who buy on the site, because those reviews could influence others to buy.

But the mighty Amazon has decreed and we dwarves must bow to them. END OF RANT.

Barnabas Tew and the Case of the Nine Worlds is released by Crooked Cat Publishing on 4 September, 2018.

There will be two more blog posts this week – on Tuesday and Friday. What a busy week this is! Happily so. I wish you a happily busy week, too! 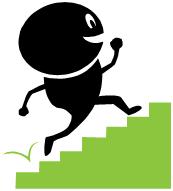