I’m delighted to welcome Jack Smith to the blog, today. Jack is no stranger to me, as he’s taken a major part in all the Isabel Long mystery novels so far and I’ve been lucky enough to edit them all. Joan Livingston, the author, has done a fantastic job with them, and more is on the way.

Back to Jack, who’s worried about Isabel. He’s the owner of the Rooster Bar and Grille and Isabel works part-time for him. What worries Jack is that Isabel is also using her skills as a former longtime journalist to solve cold cases in the hilltowns of Western Massachusetts as a private investigator. Here’s what he’s written to her:

I’ve never written a letter to a woman before. But I wanted to get a few things off my chest. Don’t worry, I ain’t breaking up with you, honey. I would lose the best bartender I ever hired if I did that. Yeah, I’m kidding.

The reason I’m writing is that I’m scared to death something bad is going happen to you being a private investigator. In your first case, you got knocked in the head so bad, I had to carry you out of the woods. Remember? Then you broke your collar bone when that ass drove you off the road. I do suspect something really bad almost happened when Gary Beaumont hired you. What really went on at that cliff? I’m guessing you’re holding back some, so I won’t worry about you. You’re right. I’m afraid to hear the whole story.

You’re on your fourth case. I know your mother helps you out, but she can’t be with you all the time. Besides, Marie is 93. What is she supposed to do to save you other than to try talking some sense into you?

Then, there are the characters you meet like that guy Victor Wilson. You and I both know what he’s up to on his property. How about Gary Beaumont and his loser of a brother, Larry? I banned all three of them permanently from the Rooster and for good reason. Now I heard from my cousin Fred you might be dealing with crooked cops. Isabel, what am I going to do with you?

We’ve been together since last November, well, except for a couple of months. I don’t want to get into that. I can say I’m one happy man when we’re together, and I’m not just talking about when we’re in bed. You’re different than the other women I’ve been with. I haven’t told you to your face what you mean to me. I guess I’m kinda shy about that since the only other woman I told that is dead. I don’t have to tell you who that was since she was your first case.

What I can say in this letter is that I understand why you are doing these investigations. You want to help people. I have no power to stop you. I just want you to be more careful although I know you’re as stubborn as hell and that what I say isn’t going to stop you from finding out what went wrong in these towns. I just don’t want you to get hurt. I don’t want to lose you.

About the Isabel Long Mystery Series

Isabel Long is a former journalist turned private investigator solving cold cases in the rural hilltowns of Western Massachusetts. She’s smart, sassy and what the French would call une femme d’un certain age. She works part-time at the Rooster Bar and Grille, where she gets plenty of useful tips for her cases. And she’s lucky to have her savvy 93-year-old mother as her “Watson.”

Her first case was solving what happened to a woman who disappeared 28 years earlier. In her next two cases, she discovers who’s responsible for the death of a junkyard dealer in one and a poetry-writing highway driver in another. Her fourth features a small town newspaper editor and perhaps crooked cops.

Published by Darkstroke Books, the series so far includes: Chasing the Case, Redneck’s Revenge and Checking the Traps. Next up is Killing the Story. 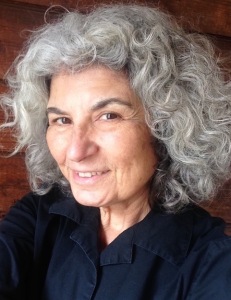 Joan Livingston is the author of novels for adult and young readers. Chasing the Case, Redneck’s Revenge, and Checking the Traps, published by Darkstroke Books, are the first three books in her mystery series featuring Isabel Long, a longtime journalist who becomes an amateur sleuth. She is in the process of finishing the fourth — Killing the Story.

Her other novels include The Sweet Spot; Peace, Love, and You Know What; and The Cousins and the Magic Fish/Los Primos y el Pez Mágico.

An award-winning journalist, she started as a reporter covering the hilltowns of Western Massachusetts. She was an editor, columnist, and then the managing editor of The Taos News, which won numerous state and national awards during her tenure. Currently, she’s the editor-in-chief of the Greenfield Recorder.

After eleven years in Northern New Mexico, she returned to rural Western Massachusetts, which is the setting of much of her adult fiction, including the Isabel Long Mystery Series.

Letters from Elsewhere truly is back for a new series, started last week by Dan, who was brought by Jo Fenton. (Thanks again, Jo.) If you’re an author and you want one of your characters to take part, let me know and we’ll arrange a date.

I will be back later today with news about the coming week. Watch this space…

I love Joan’s books and enjoyed hearing from Jack. He’s a great character.

Our characters should get out and about more often, they have such an awful lot to talk about!